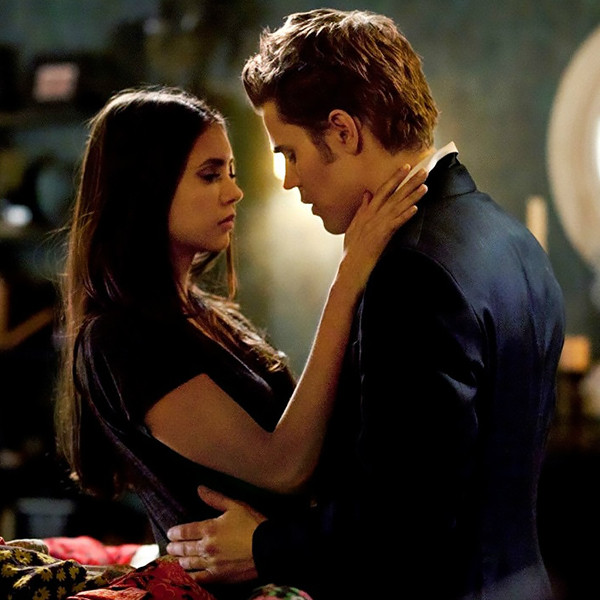 Ten years in the past at present, the long-lasting “Masquerade” episode of Vampire Diaries aired.

It was unquestionably one of many defining episodes of the season, maybe even the series as an entire.

As followers will recall, “Masquerade” confirmed Tyler (Michael Trevino) triggering the werewolf curse, Katherine (Nina Dobrev) being trapped within the tomb and Elena (once more, Nina Dobrev) breaking apart with Stefan (Paul Wesley) for the primary—however not the final—time. It set the stage for the seasons to return and, extra importantly, cemented fan hatred for Katherine.

However the introduction of Katherine’s tomb, werewolves and Stefan and Elena’s on-again, off-again relationship solely created extra questions for viewers. Specifically, what the f–k is happening?

Who would’ve predicted that there could be six extra seasons of really outlandish, magical antics? To not overlook, the creation of two spin-off exhibits, The Originals and Legacies.

And whereas it is easy to like the present itself—in spite of everything, who would not love a very good debate arguing the deserves of Staff Stefan or Staff Damon (Ian Somerhalder)—the unanswered questions proceed to hang-out us.

Opinion – Mikhail Gorbachev: Chilly Warfare Hero or the Man Who Misplaced the Empire?

Is That ‘Be Greatest?’ CNN Morning Crew Mocks Melania For Not Revealing Vaccination

Opinion – Mikhail Gorbachev: Chilly Warfare Hero or the Man Who...

Opinion – Mikhail Gorbachev: Chilly Warfare Hero or the Man Who...